UN Women, together with the Department of Community Development and Religion, civil society organizations, and other United Nations agencies launched the 20 days of Human Rights Activism in Papua New Guinea (PNG). The event took place at APEC Haus, in Port Moresby on Thursday. The 20 days contribute to the global campaign known as #16days of activism against GBV.

According to reports, COVID-19 has increased the number of gender-based violence cases in the world and in PNG. “There are reports that the free phone helpline service - 1 Tok Kaunselin Lain - received an increased amount of calls reporting violent incidents and women attempting to reach out for help during the COVID period,” Themba said.

He noted that the 20 days of human rights activism was a great opportunity to galvanize the country to take bold steps to eliminate GBV.

“We need to ensure that raising awareness and the enhanced efforts are not just for the 20 days but for 365 days, every day of the year until women and girls of PNG can live a life free from violence,” he said

In order to address GBV in PNG, Themba called for predictable and flexible funding of women’s rights organizations, which act as first responders during crises. He promised UN Women’s commitment to continue working together with the rest of the United Nations system in support of Government’s efforts to address GBV, in close collaboration with development partners, civil society and other stakeholders.

The Minister for Community Development, Youth and Religion, Mr. Wake Goi, who spoke on behalf of the Prime Minister revealed that Government plans to establish the National Human Rights Commission as part of its efforts to end GBV.

Other activities at the launch involved spoken word performances on ending violence against women by the SANAP WANTAIM youths. 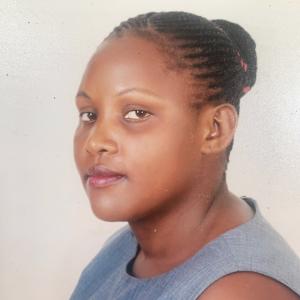