Port Moresby, NCD: “Without peace, there can be no development and without development there cannot be peace”, noted Mr. Dirk Wagener, United Nations Resident Coordinator a.i. in Papua New Guinea as he led a joint mission of United Nations agencies, development partners, and national government representatives to Hela and Southern Highlands Provinces to visit communities the UN is supporting to create conditions for peace and development.

The mission comprised of heads of UN agencies working in the UN Highlands Joint Programme: United Nations Development Programme (UNDP), which provides overall coordination to the Joint Programme; UN Food and Agriculture Organization (FAO), UN Population Fund (UNFPA), and UN Entity for Gender Equality and the Empowerment of Women (UN Women), as well as a representative from the International Organization for Migration (IOM). Accompanying the UN delegation were the British High Commissioner to Papua New Guinea, H.E. Mr. Keith Scott, representatives from the New Zealand High Commission, the US Embassy, USAID, and the Department of National Planning and Monitoring. While observing the impact of the UN Joint Programme’s work in the field, the visit included consultations with key provincial stakeholders, such provincial Governors and Administrations, civil society actors, the private sector, and many local communities with the aim of seeking all perspectives around the challenges to achieving peaceful and prosperous communities.

Mr. Wagener added; “Development partners are keen to see how they can support peace building in local communities, but they can only provide support when the community is serious about achieving and sustaining peace.”

The mission delegation met with the Provincial Governors, the Hela Provincial Administration as well as the Southern Highlands Provincial Executive Council. Field visits to numerous post-conflict communities included discussions on ways to addressing the root causes of conflict and fragility. In Hela province, the delegation discussed the challenges of post-conflict recovery needs with two formerly opposing communities now at peace, mediated with UN and church support, while also witnessing community-led efforts in sustaining peace through advocacy and youth mobilization. In Southern Highlands Province, women and youth shared their concerns and needs. A special trip was made to a church-run shelter and rehabilitation center for survivors of Sorcery Accusation-Related Violence.

The UN has been working across the humanitarian-development-peace nexus in both Hela and Southern Highlands provinces since 2018 with the support of the UN Peacebuilding Fund, the Hela Provincial Government, the Government of Japan, the Government of the Republic of Korea, and most recently the United Kingdom (UK) Government.

The United Nations in Papua New Guinea continues to support the National Government, Provincial Governments, and the people of Hela and Southern Highlands Provinces in their pursuit of building long-lasting peace and sustainable development that sees communities freed of violence and the most vulnerable protected. 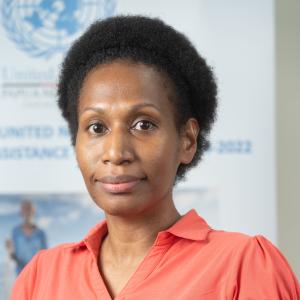