Issac also noted the rise in kidnapping and ransom of children in the province. “They get these kids and then later they expect some payment and then the kids will be returned,” he said.

The Archdiocese utilises networks of parishes and schools to raise awareness of violence against children and provides a safe house that provides temporary accommodation to children in need. Issac shared that prevention remains the most important part of the team’s work.

“We have child protection officers and a total of 27 parishes within Western Highlands and Jiwaka where we can offer parenting programs and family programs,” said Issac. “I see the parenting program is important because we have to address childhood development early. When they reach middle age we can’t really do anything because they are grown up and it is difficult for them to change.”

The programs include workshops and community outreach and Issac has noted that demand is high. “From interviews we’ve done with parents, they say that they regret this program didn’t come about earlier.” This same sentiment has been shared by facilitators from the Highlands Youth Rehabilitation and Training College in Banz, Jiwaka Province, which is also implementing a positive parenting program that engages parents in Jiwaka and Simbu.

Through the parenting program, the Archdiocese is also promoting other services and programs that seek to address the issue of violence, including counselling and family violence programs.

The Archdiocese of Mt Hagen is supported by the Spotlight Initiative to provide community outreach programs to end violence against children. 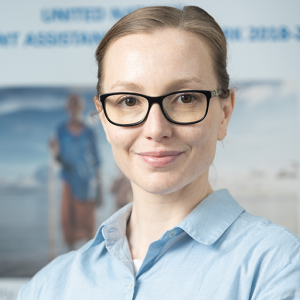