The United Nations continues its commitment to the Government and people of Papua New Guinea.

On 16 August, the United Nations Resident Coordinator a.i. Mr. Themba Arthur Kalua had a bilateral meeting with Mr Koney Samuel, Secretary of the Department of Planning and Monitoring (DNPM). During the meeting, Mr Kalua expressed the continued support of the United Nations to the Government and people of Papua New Guinea and discussed Papua New Guinea's Mid-Term Development Plan IV (MTDP-IV) and the next UN Sustainable Development Cooperation Framework. 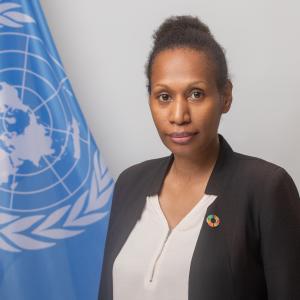