The 2019 World Press Freedom Day theme is "Media for Democracy: Journalism and Elections in Times of Disinformation". 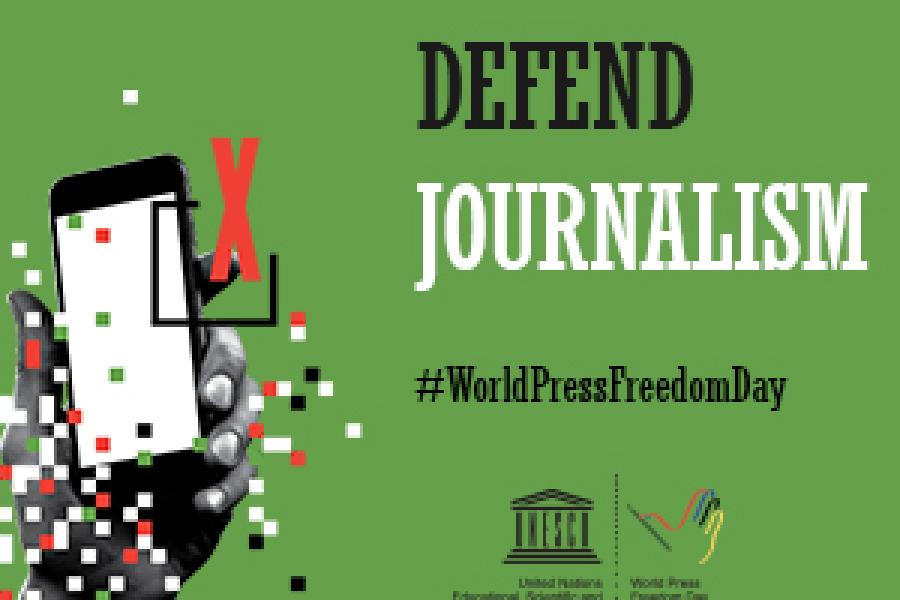 2019 World Press Freedom Day theme is "Media for Democracy: Journalism and Elections in Times of Disinformation".

Today is World Press Freedom Day, which celebrates the fundamental principles of press freedom and the essential role the press plays in promoting democracy throughout the world. It is also a time to defend the media from attacks on their independence and pay tribute to journalists who have lost their lives in the line of duty.

The theme for 2019’s World Press Freedom Day, “Media for Democracy: Journalism and Elections in Times of Disinformation,” discusses current challenges faced by media in disseminating information in the context of elections. As Ms. Audrey Azoulay, Director-General of UNESCO has stated, “The existence of free, pluralistic and independent media is a prerequisite for the proper functioning of democracies.” Free press, with professional journalism practiced without fear of attack, enables citizens’ well-informed participation in all kind of political processes.

Papua New Guinea ranks 38 among 180 countries on World Press Freedom Index in 2019. The index, published every year by Reporters without Borders, assesses the level of freedom available to journalists. As a critical component of the right to freedom of expression and access to information, media freedom plays a key role in good governance, transparency, and accountability. These are essential to equitable and sustainable development, and thus are directly linked to achieving the Sustainable Development Goals, particularly Goal 16, Peace, Justice and Strong Institutions.

On World Press Freedom Day, United Nations Secretary-General António Guterres calls on all to defend the rights of journalists, whose efforts help to build a better world for all. In his message he said “A free press is essential for peace, justice, sustainable development and human rights. No democracy is complete without access to transparent and reliable information. It is the cornerstone for building fair and impartial institutions, holding leaders accountable and speaking truth to power.”