A Sigh of Relief for Stacy

Stacy used to walk for about 30 minutes to the closest creek to fetch water for her household needs prior to IOM installing the water points in Kumin . 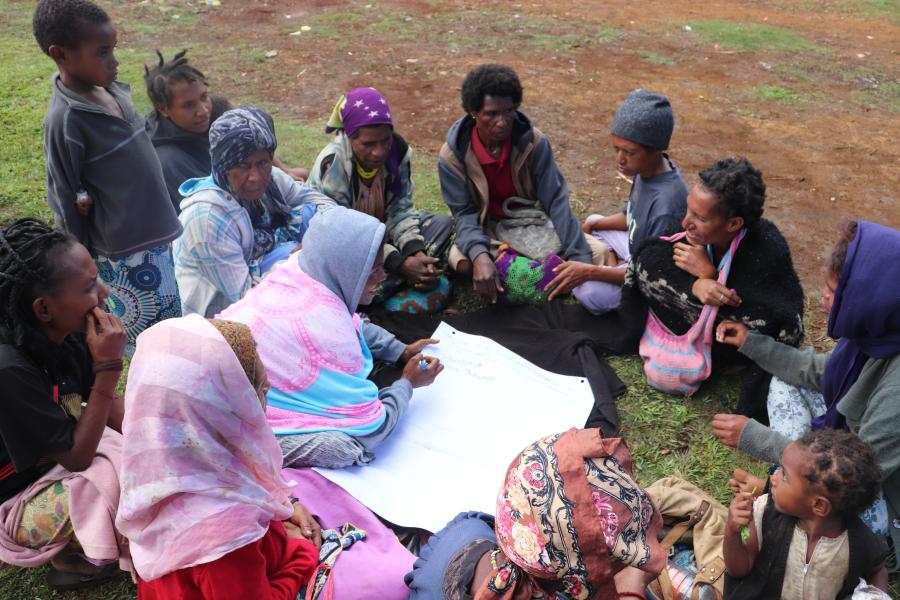 Stacy Paul, a 14-year-old grade 7 female student from Kumin Primary School in Southern highlands Province, was excited when filling her container with clean and safe drinking water from the rainwater catchment recently installed by the International Organization for Migration (IOM).

Stacy used to walk for about 30 minutes to the closest creek to fetch water for her household needs prior to IOM installing the water points in Kumin. “Most times water from the creek is dirty owing to  human and animal activities within and feeding into the creek.  I would normally have to wait sometime for the creek to clear up before I fetch water,” said Stacy. 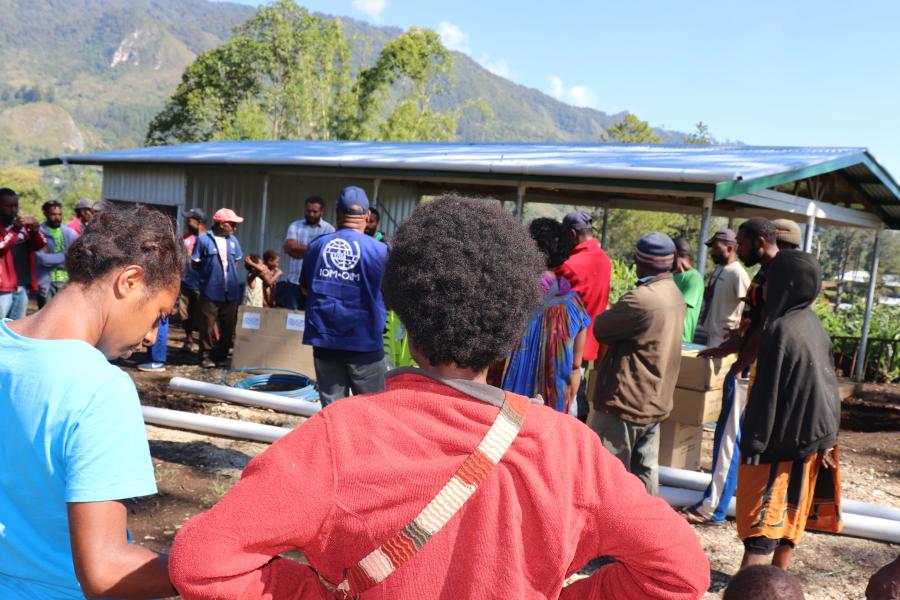 Stacy said her mother would struggle to persuade her to go fetch water from the creek. “Though I willing to go fetch water most times, I felt reluctant because of the obstacles experienced along the path to the creek that goes through the center of Kumin village,” she noted.

Many intoxicated people used to roam around the main road and main village square and Stacy feared confronting or passing by them when out to fetch water. “Several community members including drunkards and drug addicts were involved in the community peace and development planning and we note a lot of good changes among many people,” highlighted a community member. Stacy confirmed this, noting that she is now able to move freely around the community including going to fetch water.

Stacy has noticed that the joint interventions of IOM, UN Women and UNFPA focusing on community peace for development planning and promoting participation of women and youth in the community have led to a new sense of community pride and behavioral change. The interventions including training and awareness on behaviour change, gender-based violence and community peace for development planning were funded under the Gender and Youth Promotion Initiative project, Strengthening the role of Women and Youth as Peace Builders to improve Development in the Highlands of Papua New Guinea, a joint initiative of IOM, UN Women and UNFPA. 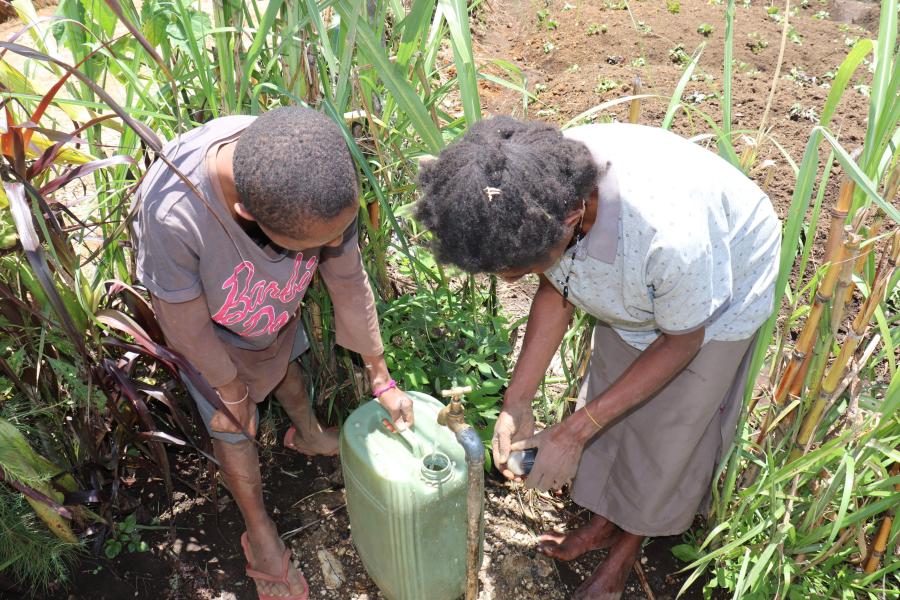 “I do not wait for my mother to push me to fetch water. The water point installed by IOM is just few meters away from my house. I can easily do this chore of fetching water without being told and with no hassle. My school schedule is no longer interrupted as before. I can easily fetch water in the morning before heading to school,” said Stacy. 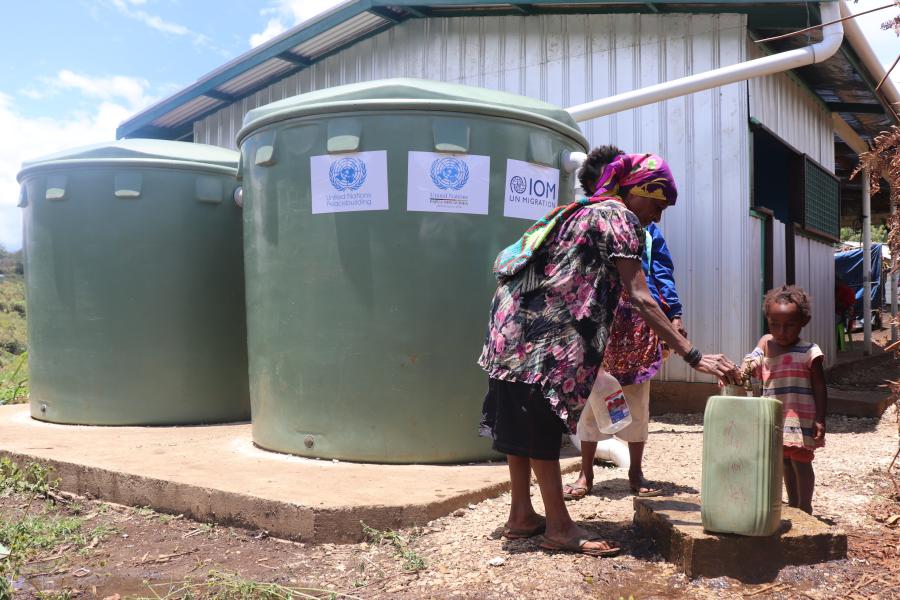 Stacy shared how the negativity and the disrespectful behaviors have reduced saying, “I am amazed to see positive changes in the community, especially among the youths who have begun to act responsibly. I no longer hear a lot of loud music from boom boxes anymore especially during the odd hours of the night or early morning, which used to be a huge disturbance to many people. Some drug addicts and drunkards have changed in the negative behaviours.”

Stacy also thanked the entire Kumin community for their huge effort to maintain the access road to Kumin, which had not been used by vehicles for years owing to its poor state. Implementation of the GYPI project, funded by the United Nations Peacebuilding Fund, brought community members, including women and youth women, to maintain the road.

Stacy’s highlighted that some of her aunts are employed as nurses at the Mendi General Hospital. During shift hours, especially in the night, they would get picked up or dropped off about a about 1 kilometer away from their residences as vehicles could not access Kumin. This is now something of the past. “The better road access has put a smile on my auntie nurses’ faces because pick-up drop-off service is at their doorstep” she noted with a broad grin. 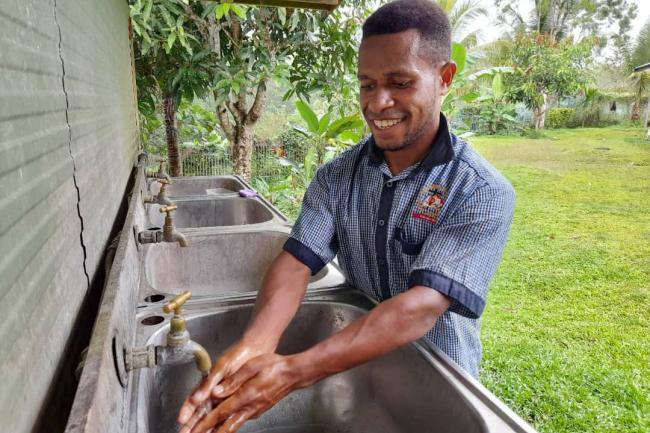 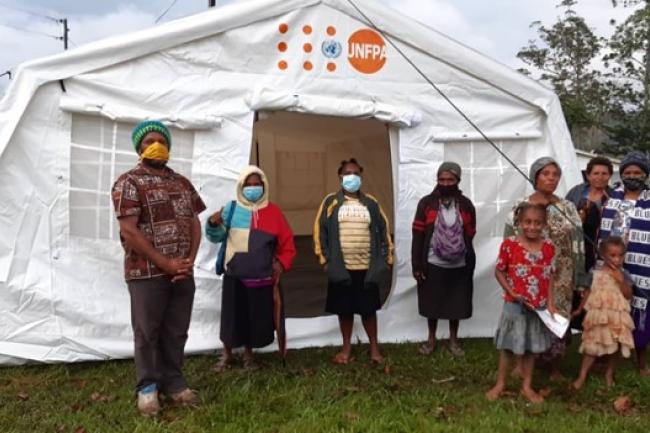 Since March 2020, The United Nations in Papua New Guinea has been supporting national efforts to prepare for, respond to, and recover from the COVID pandemic. 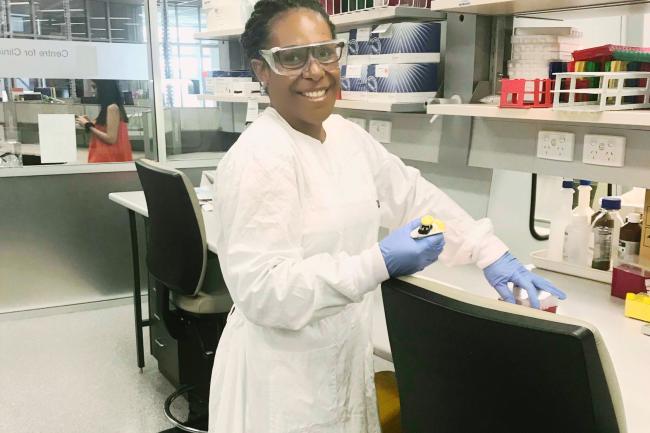 We spoke with IMR’s Marinjho Jonduo to celebrate the International Day for Women and Girls in Science and contributions women have made in medical research.